Rómez3arts promotes multi-cultural awareness and community building via its quartet of professional artists in Concert, Workshop, and Cultural Exchange. Reach Out Through MusiC! it’s E Z!

Living and working in the fragmented and compartmentalized world of music we began to realize that music is more than an occupation or career… It is a way of interacting with, and encouraging others. We formed RÓMEZ3arts, LLC in October of 2016, and began partnering with other arts organizations and guest artists on our first international exchanges, as well as a three event concert series focusing on intergenerational and intercultural learning. As a self directed team, we built unique experiences for the concert stage that we supported with community and school based workshops. We developed opportunities for our students and workshop participants to become a part of those concert performances, and invited our audiences to participate as well. As we move forward we will continue to engage artists, educators, students, and other participants to enrich their own arts experiences, and empower them to build on what we all have experienced together on the stage, in the classroom, and now in the virtual arts environment that has emerged 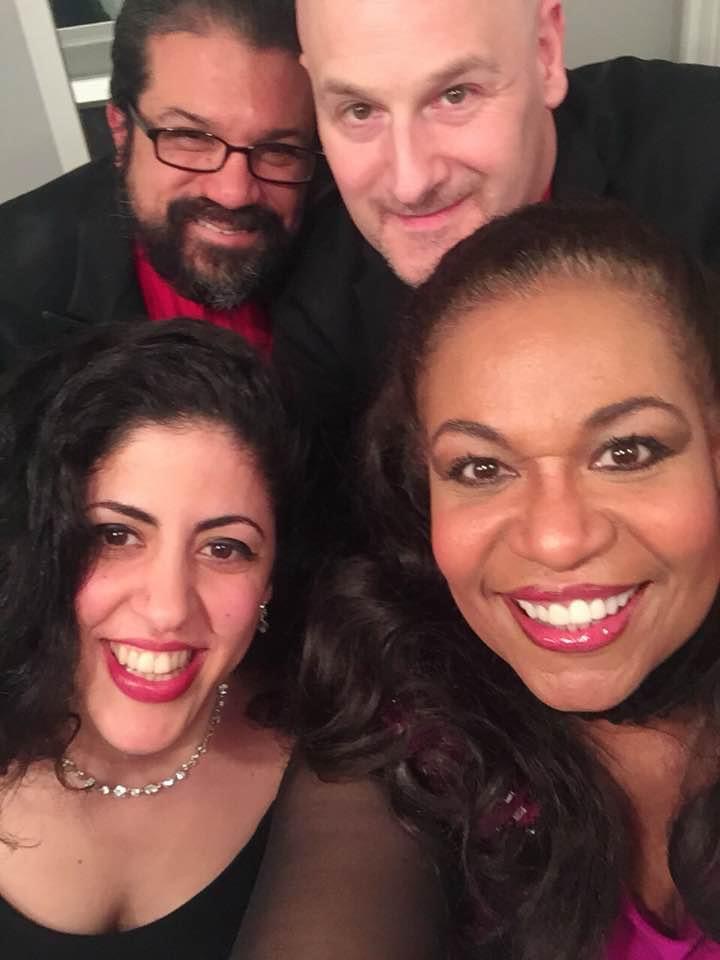 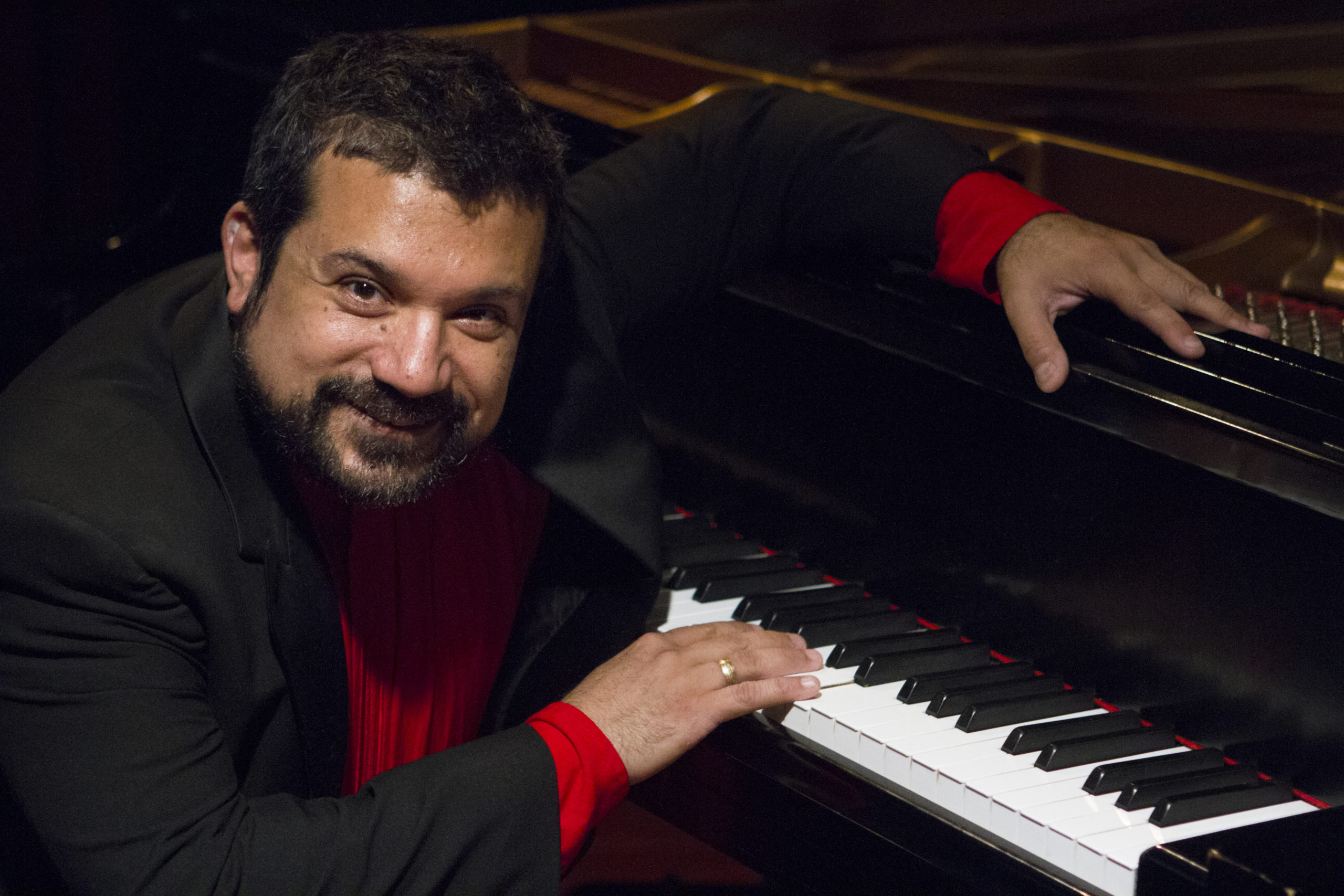 “We had the wonderful experience to travel to Costa Rica. It was a really fantastic experience for us, who had never been outside the country, or had never interacted that much with other cultures, to really understand how music brings us together. And it was really just a fabulous learning experience for us all… our wonderful Teaching artists [of ROMEZ3arts ]…have been an enormous help and wonderful guiding mentors, who have taught us all so much…” — Jaden Lucas-Retherford School Without Walls (DC) Student 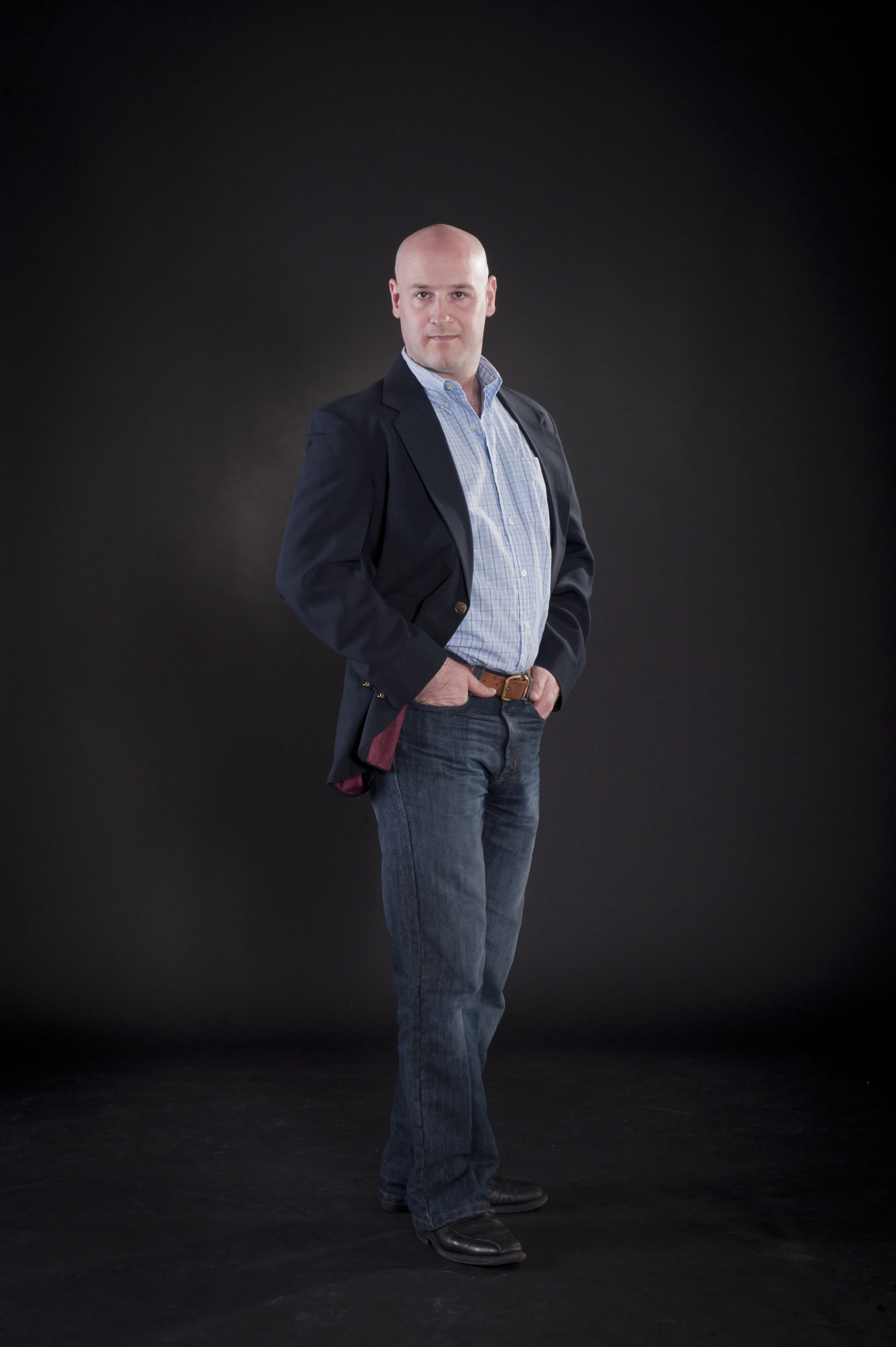 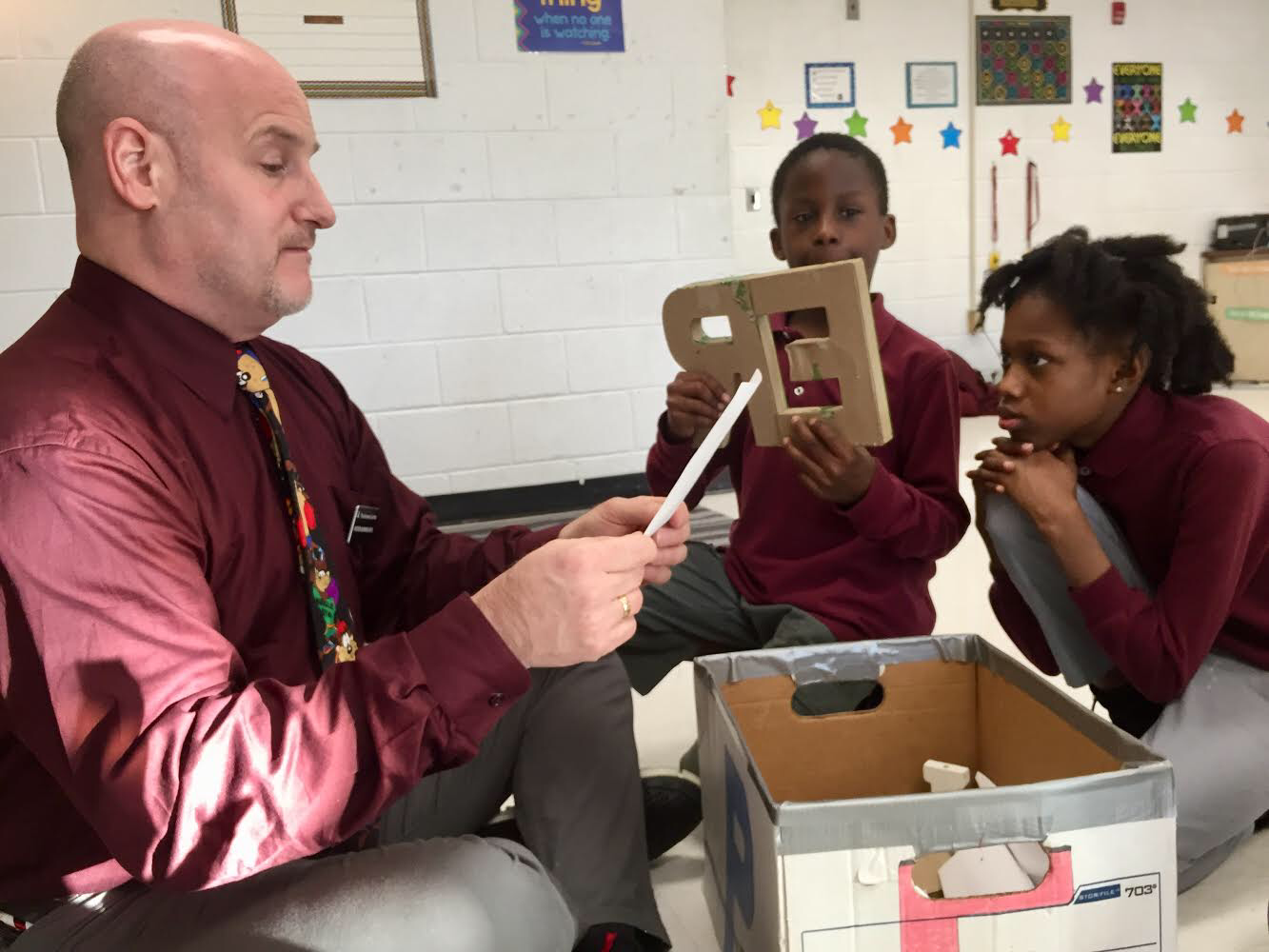 The Voice of Time is speaking,
Come and take my hand…
It’s time for us to listen,
Time to take a stand…
Appreciate our differences and
Build a common theme,
Of caring and community,
Our overture and theme!
MOVE! 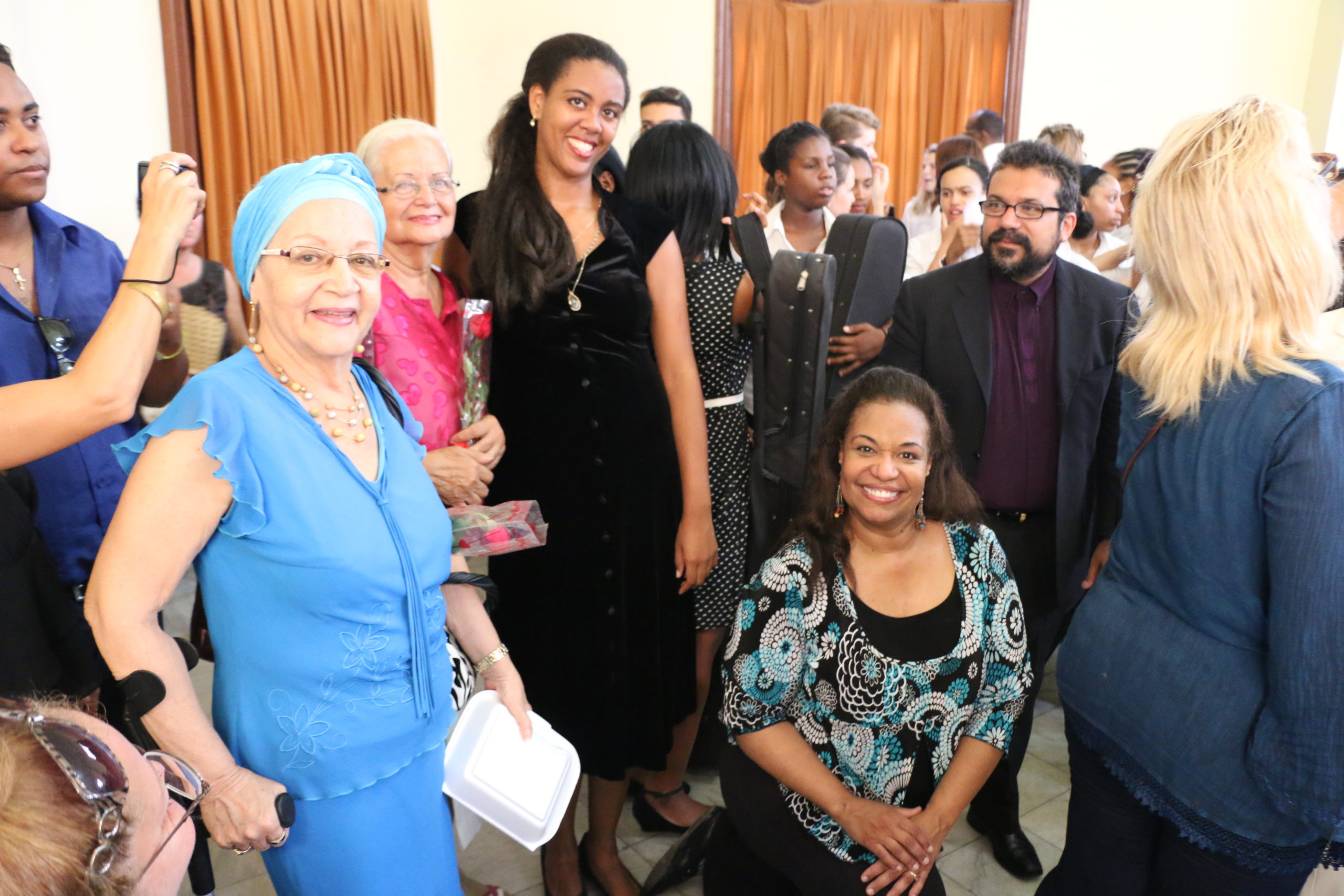 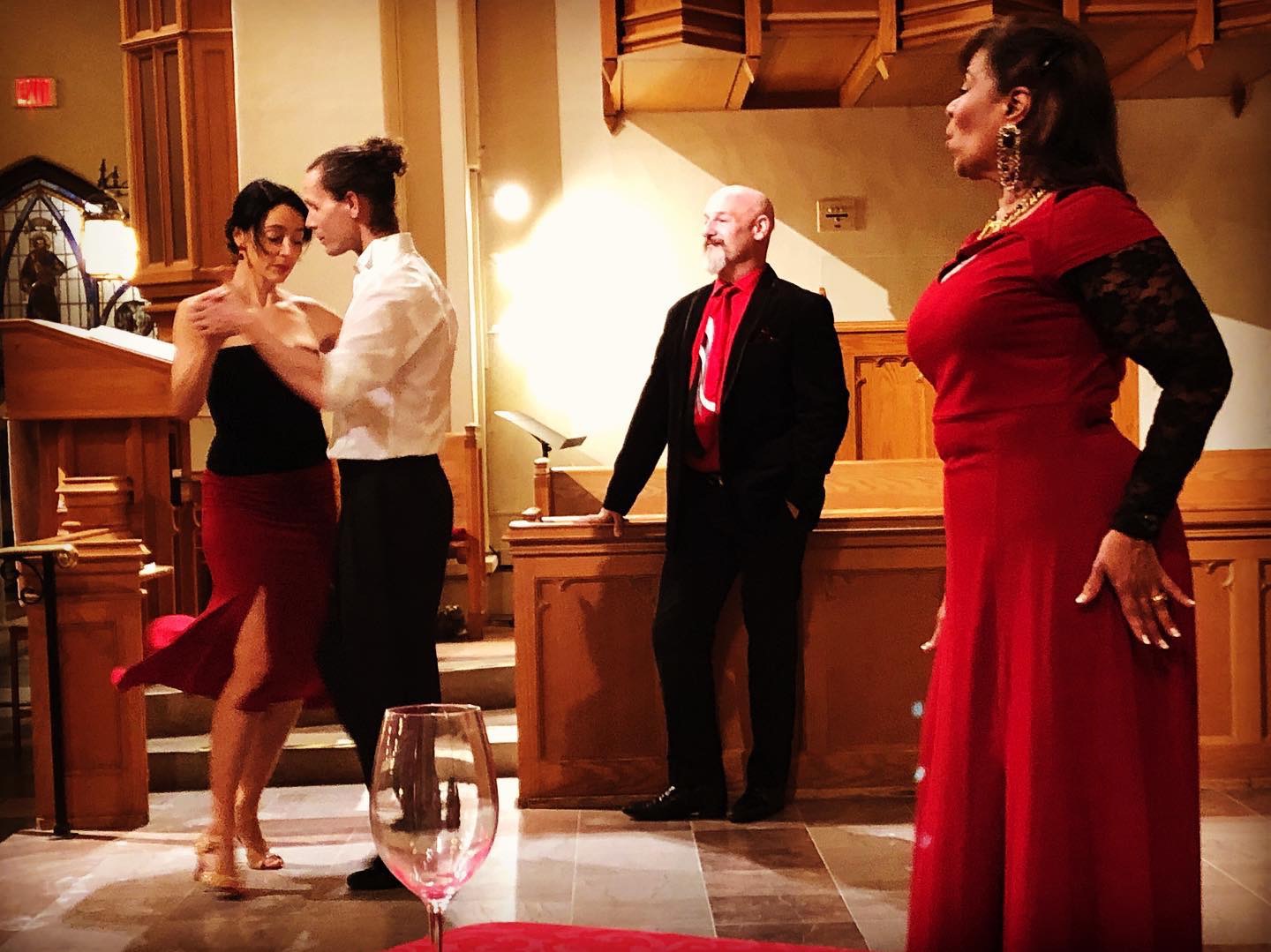 Bringing the arts and culture back home

ROMEZ3arts is proud to be a “Cultural Arts and Community Partner” with Arts For The Aging  in bringing interactive, in person, and virtual programming to older adults dealing with cognitive and physical issues.

Acclaimed by the Washington Post as “powerful…virtuoso…masterful pianist”, Carlos César Rodríguez is a musician of great brilliance and versatility. He has gained recognition as a virtuoso pianist who not only generates excitement in the Hispanic and Spanish repertoire but also displays an extraordinary flair for Mozart, the Romantics and the Avant-garde scores. He has recorded for Omicron and Brioso labels and has won the highest critical acclaim for his CD of Spanish music, España en el corazón, distributed by Brioso Recordings.
As concert-pianist Carlos César Rodríguez made his recital debut in his native Venezuela at age 5 and made his orchestral debut as soloist at age 11. At age 21 he made his Carnegie Hall debut. As concert-artist he has toured Europe and performed concerti and solo recitals throughout the Americas. Venues in which Mr. Rodríguez has performed include the John F. Kennedy Center; the White House; and the Corcoran Gallery, and National Gallery of Arts in Washington DC; Merkin Hall, Carnegie Hall, the Americas Society, 92nd Y in New York; and the Mozarteum in Salzburg, Austria.
As chamber music artist Mr. Rodríguez has been a guest artist with the Garth Newell Chamber Music Festival and is a frequent guest artist of the National Chamber Ensemble. As a collaborative artist he has worked with Denyce Graves, Jessye Norman and Plácido Domingo.
As conductor, Carlos César Rodríguez has performed throughout the Americas. In 2005 he was chosen as an award recipient of the prestigious Georg Solti Foundation US fellowship for outstanding young conductors. With the encouragement and collaboration of Maestro Plácido Domingo Mr. Rodríguez became founder and coordinator of the Zarzuela Program (Spanish Operetta) for the Domingo-Cafritz Young Artist Program with Washington National Opera in 2002. In addition he continues to be sought after as music director/conductor of Zarzuela Productions and of Spanish operas in the USA and the Americas.
Recently Mr. Rodríguez became the Founding Artistic Director of RÓMEZ3arts (building community and intercultural awareness through music to Engage, Enrich and Empower with whom he built inter-cultural exchanges in Cuba and Costa Rica between 2016 and the present). He continues to be Music Director for WORD Dance Theatre and will appear with them at the Kennedy Center’s REACH in March for the 100th anniversary of Women’s Suffrage. Recently he toured as Pianist in Poland and Italy, performing the music of Chopin, with The Isadora Duncan International Institute and will perform with them again in NYC and Montreal in November 2019. He continues to teach at the Selma M. Levine School of Music in Washington, DC.

Peter Joshua Burroughs, DMA, Co-Artistic Director is a versatile singing actor. He has performed in many supporting roles with the Washington National Opera, as well as appearances in Weil recital hall in New York City and Principal roles with other regional opera companies. Internationally he has performed with Studio Lirico in Cortona Italy, at London’s Clore Studio of Covent Garden, and Teatro Milanes in Pinar del Rio, Cuba. Dr. Burroughs has worked extensively with young and old alike as an engaging teaching artist. Arts For The Aging, Washington National Opera, Wolf Trap Foundation, Spanish Dance Society, and Washington Concert Opera to name a few. He is a founding member of ROMEZ3arts (Reach Out through Music, its E Z) a company dedicated to inter-cultural sharing and community building through arts. Equally at home on the stage and in the classroom, Peter makes opera accessible to all. His series of programs titled coOPERAtion have inspired senior day care centers and classrooms in the DC Metropolitan area for more than 20 years, and his original residency plans for the Washington National Opera (WNO) and The John F Kennedy Center for the Performing Arts Education and Community Programming with DCPS (District of Columbia Public Schools) partnership as Teaching Artist in both Music, Words Opera Curriculum and Kids Create Opera have been extremely successful. He toured Maryland, Virginia and DC as well as North and South Carolina with children’s interactive opera programming and has also endeavored to take programming to his home state of Vermont. Peter holds a Bachelor of Music in Performance and Music Education from Ithaca College, Master of Music and Doctor of Musical Arts degrees from The University of Maryland College Park’s Maryland Opera Studio. https://www.peterjoshuaburroughs.com